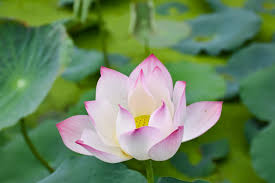 I thought in this blog post, we could explore one or two aspects of alternative care. The Holistic approach.
Not wanting to drone on about my own issues with Arthritis, but well, you know how it is… so here goes…

A couple of months ago I wrote about the benefits of golden (turmeric) milk, and how to make it.

Well I am still making it, and as a natural anti-inflammatory it certainly helps. Although my reasons for using this instead of prescription drugs are due to allergic reactions, I have found myself going further and further down the alternative treatments route.

Acupuncture as we know it has been around quite a while, thousands of years actually, although I believe it was only started to be documented as such, around 300 years BC/BCE .
Above is an image of one of the main sources of information and indeed inspiration for many practitioners of this ancient practice… based on Taoist beliefs, to follow the natural way of the Universe. It’s about imbalance of elements and energies (but that is a whole other story!)

The treatment that I have been having is mainly for arthritis in the hands and feet. Now I have to say that ‘conventional’ methods, ie: drugs etc. whilst masking the pains, do nothing to ‘cure’ the root causes.

I thought that I was simply suffering with worn out joints, having spent a good portion of earlier working life either building, fencing or farming, or any combination of all three. Manual work. Now conventional medics might say “Have steroid injections, that will ease the pain”, or “take anti-inflammatory drugs, that should help”… But as I have mentioned I can’t have one and don’t want the other!!

So, we are are trying the more holistic approach ie: acupuncture ,vitamins, minerals and a slight change to the diet. I would add here that my doctor (who I very rarely see) suggested that I try the vegan diet, but I’m not ready for that yet… (ex sheep farmer/shepherd)

I don’t smoke, haven’t drunk alcohol for many years so I should be in with a fighting chance, in fact… the lady that I see for acupuncture has helped me with this also…and here’s how.

There are certain foods which can trigger arthritic pain, in my case so far I have had to cut back on tomatoes, blue Cheese and processed foods. The latter not really being a problem as we tend to eat mainly fresh foods.

What I have found since being treated with acupuncture, is that not only are my painful joints easier to live with but also my HEAD!

I really did not expect to this to happen. But happen it has!

I guess what I’m trying to say here, is that when you are working with a solution to a problem, it lessens it! Makes sense really…

Instead of feeling depressed about the future with arthritis, poor me, poor me…

I have a chance to improve the situation, by continuing with the regular treatments, adjusting my diet slightly, and my thinking, quite a lot… How hard is that!?

So I for one am very grateful to my acupuncturist for the help she has given me so far, and I know that my lovely wife Barbara (who also visits) is feeling the benefits too!

I have only briefly touched on the subject of acupuncture and alternative therapies, and realise that needles etc. are not for everyone. Many people need traditional medicines and treatments, but I believe that for me at least, the natural way, has to be the only way.

These are still very uncertain times for ALL of us, so we have to stay safe, look out for one another, and take it one day at a time.

31 thoughts on “Who Heals The Healer?”