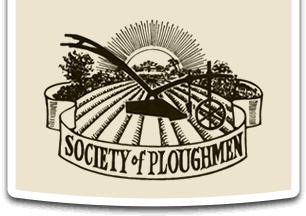 Greetings one and all, Dave here.

This week I thought I would share with you… a bit of farming talk!

This is one of the really busy times for Arable Farmers across the U.K. and most of the Northern Hemisphere. Harvest Time! It is the time when farmers can literally ‘reap what they have sown’, and this has been true since man first planted the first crops, the first seeds.
When people say ‘Oh farmers, they are always complaining about the weather’… just think… the whole harvest is largely weather dependent, from sowing right through to harvest.
So the Combine Harvesters are working day and night right now to
“bring the harvest home”.

This of course is closely followed by ploughing or cultivating to get the ground ready for next years crop… Yes it’s endless!
With the need for farmers to produce more and more, for less and less returns, many farmers will plough straight after the crop is harvested. It’s always a gamble whether or not to plough and sow in the Spring. Global warming (and climate change in general) has far reaching affects, as we all know.

So how does he know this you may ask?

Well all my family on my fathers side were farmers; my father, his two brothers and his sister. They were all Tennant Farmers, not wealthy landowners, but all reasonably successful in their own right.

Pictured above is my father (in about 1960) astride his brand new Massey Ferguson 35 Tractor. He and his two brothers were part of an advertising campaign for this new line of tractors… yes I believe they all bought one. There must have been some financial incentive!!

So as a young lad I would spend hours (if not days) following the plough, sometimes walking in the furrow behind the plough, just mesmerised by it all. The soil being turned over to reveal maybe earth worms or perhaps a shrew… and if you were lucky, a harvest mouse. Yes they are that small.

When I was big enough to reach the pedals on the tractor, I was then set to plough my own furrow! (That’s a whole other story!!!)

Oh how times have changed.

“God speed the plough” was originally a phrase in a 15th-century song sung by Ploughmen.

So at this time of the year I often think about the Ploughmen of old, who would have walk ten miles behind a horse drawn plough, just to plough one acre.

Recently I dug out this old Mug. It has been around as long as I can remember and it reminds me that whilst farming has become (by necessity) more of a business nowadays, the roots are still there. It is a way of life.

“Let the wealthy and great, roll in splendor and state
I envy them not, I declare it.
I eat my own lamb
chickens and ham,
I shear my own fleece
And I wear it.
I Have lawns, I have bowers,
I have fruits, I have flowers,
The lark is my morning alarmer.
So jolly boys now,
Here’s God Speed the Plough,
Long life and success to the farmer”

Some traditions have been retained to celebrate harvest, in Churches of many faiths. Harvest festivals and the like. Also the ploughing matches, which would have been held all over the country next month.
Sadly they are mostly this year cancelled due to ‘the virus’.
But remember, there is no ‘furlough’ for the farmer!

So spare a thought the next time you are stuck behind a tractor on the road… They might just be bringing in the wheat.

“It’s man versus weather, yes the days are long
When you say harvest home,
Our work’s still not done” (DJR. – MMXX)

18 thoughts on “God Speed the Plough”