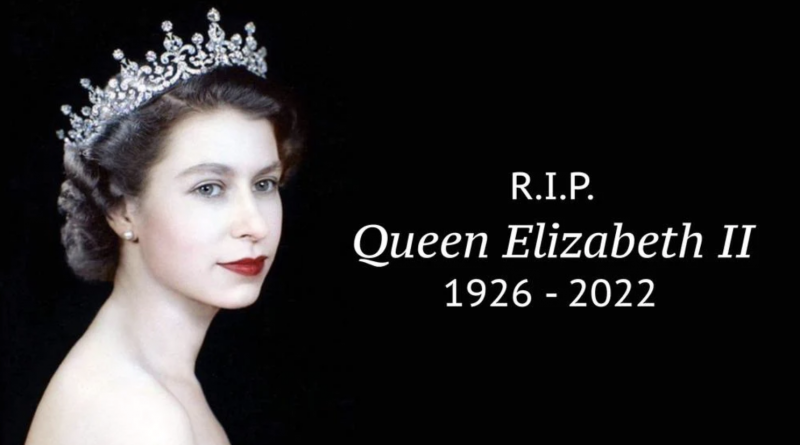 Hello there. Grace and Barb here.

I hope this finds you safe and well.

What a sad time it is. The Royal family has lost a cherished Mum, a Grandma and the Head of their family. We’ve lost our beautiful Queen, the most steadfast, constant leader in the world. We felt it only right to pay tribute to our Queen of England. It is certainly the end of an era, and whilst we welcome King Charles, we will always have Elizabeth in our hearts, won’t we. And I imagine we will always remember where we were when we heard the news. Well, we certainly will.

Having spent the day with Oma, we then visited Grandad in the nursing home. Mum and I were just about to leave, handbags on shoulders, moving towards the door, when I asked Grandad if he’d like me to switch the telly on before we left for the evening.

Almost immediately Mum gasped, because she saw the flag at half mast. Without any more information than that, she knew. “She’s gone,” Mum wept. And as the image and the newsreaders words began to merge into comprehensible information, we just slowly sunk back into our seats and watched the news unfold with Granddad for a while longer. Heartbreaking. Particularly in a home full of her loyal subjects. The nurse in the corridor was in tears too. She’s was just going from room to room, consoling the residents, who were “devastated” was her word.

Elizabeth will be deeply missed by so very many people. She has touched us all, in some way.

The strangest, and perhaps only uplifting thing was… An hour or so before, as we drove into the carpark of the care home, we both saw the most beautiful rainbow we’d ever seen. We commented on the fact that we had never seen such a full rainbow; stretching from one side of the sky to the other, both ends of the rainbow planted and visible, and every colour bright and full. At this point we were entirely oblivious to anything related to the Queen. Mum even later popped back outside and reported back to us that it had turned into a double rainbow too. Even stranger!

Another hour later, as we made our way to leave again, teary eyed and in shock from the news… we heard the newsreader say “And that rainbow! Above Buckingham Palace. What a rainbow that was”. We both stopped and stared at each other! We had seen it too. All the wonderful colours – much like her wardrobe!

On such a sad day… what a cheerful nod to the Queen herself, who was well-known over the course of her 70 year reign for her affection for bright, bold and colourful ensembles. You can’t tell me that wasn’t her.

Long live Queen Elizabeth II in our hearts. May she Rest in Peace.

We will not be posting artwork tomorrow for the Saturday share.

Clarity – The Home of Art, Craft, and Well-Being.

10 thoughts on “Long Live The Queen – in our Hearts”